What do you need to know before travelling through Scotland?

While the culture and people in Scotland are incredibly welcoming, the weather, cuisine, currency and tipping culture might be very different to what you are used to, so it is best to be prepared. 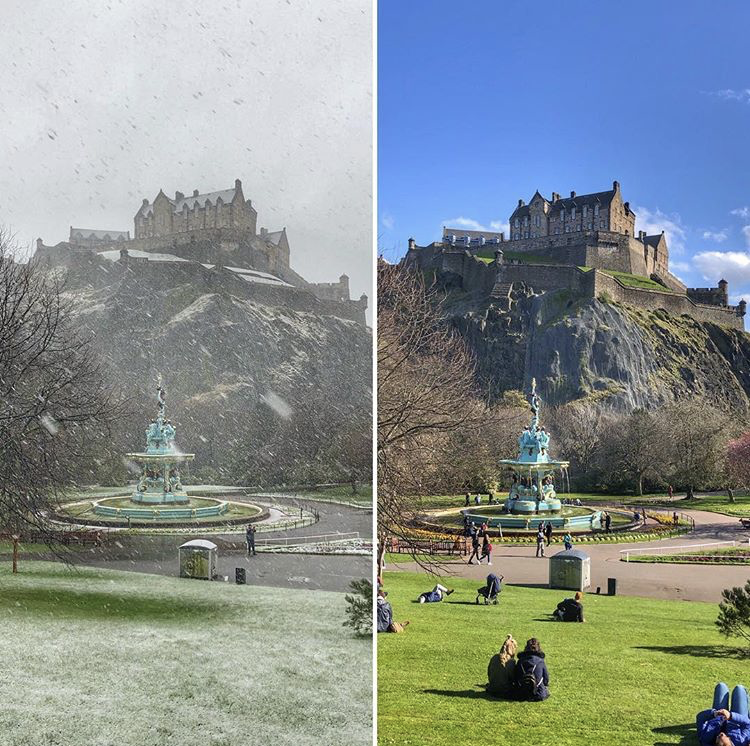 People often say that Scotland experiences all four seasons in one day, and they’re not far wrong. A rainy day may turn into beautiful sunshine in the time it takes you to put up an umbrella. This creates wonderful views and photo opportunities thanks to our ever-changing light, but it also means travellers must be prepared for all weather. Using both sunglasses and an umbrella on the same day is not unusual in Scotland.

Those heading out into the hills and countryside should be prepared with waterproof gear and sensible walking shoes. However, don’t forget to also pack sun-cream, as when the sun does come out it can be strong in the summer months, and cool breezes can be deceptive.

Due to the gulf stream, temperatures in Scotland are typically relatively mild. We recommend bringing various layers so that you always have something extra to put on or take off as the temperature changes.

July and August are usually the warmest months, though they can sometimes be the wettest, too. Bringing a rain jacket any time of year is advisable, especially if you’re visiting the Highlands and the west coast where the rainfall is much higher than in the east. Daytime maximum temperatures rarely exceed 30°C (86°F) - the record high temperature is 33°C. Accordingly, many buildings are not air conditioned, though higher-end hotels and restaurants typically are.

Given its latitude, daylight hours vary considerably with the seasons. In Edinburgh, daylight lasts 16 hours and 38 minutes during late June, and in the north of Scotland it does not get entirely dark on a clear night around midsummer. Daylight is scarce in winter though; Edinburgh receives just 7 hours in late December. Like in the rest of the UK, in Scotland we drive on the left. As confusing as that might sound, people often say that driving on the opposite side of the road takes a lot less getting used to than you would think!

Speed limits and distances are given in miles, not kilometres.

The alcohol limit is different than in the rest of the UK, 0.05%.

In more rural areas you might come across single track roads, with passing places. If you see a driver coming toward you, stop at the nearest passing place you come across and wait for the driver to pass you. If they have already stopped at a passing place you can go ahead. It is important to remember that you can only use the passing places on the left side of the road, and the drive coming in the opposite direction will use the others. And a wave by of thank you if someone stops for you is always appreciated!

Scotland produces its own money, so if taking out money in Scotland, you will most likely receive Scottish notes. Both Scottish and English notes can be used all across both countries, so don’t worry if you have Scottish notes left over at the end of your trip. £50 notes are slightly harder to use, especially in rural areas, or in contexts where people might not have enough change. Do try to carry some change on you, especially if you’re driving for parking meters or occasionally for public toilets. In rural areas, ATMs are often located inside the village shop, and thus are only accessible during the shop’s opening hours.

In Scotland, the custom with tipping is slightly different from other countries. It is customary to tip 10-15% at restaurants, but it is not always necessary to tip in cafes or bars. Cafes often have a tip jar by the counter where you’re welcome to leave your change, but there is no set percentage that you should leave. Driver-guides and tour-guides would also expect around 10-15%. Hotel porters and taxi drivers often receive £2 to £5; when paying for a taxi, people usually round up to the nearest paper note, i.e. and £8 fare is rounded up to £10.

Please note that Scottish culture considers tipping a personal decision and you should base the level of gratuity on the level of service. The above is just a guideline for reference. 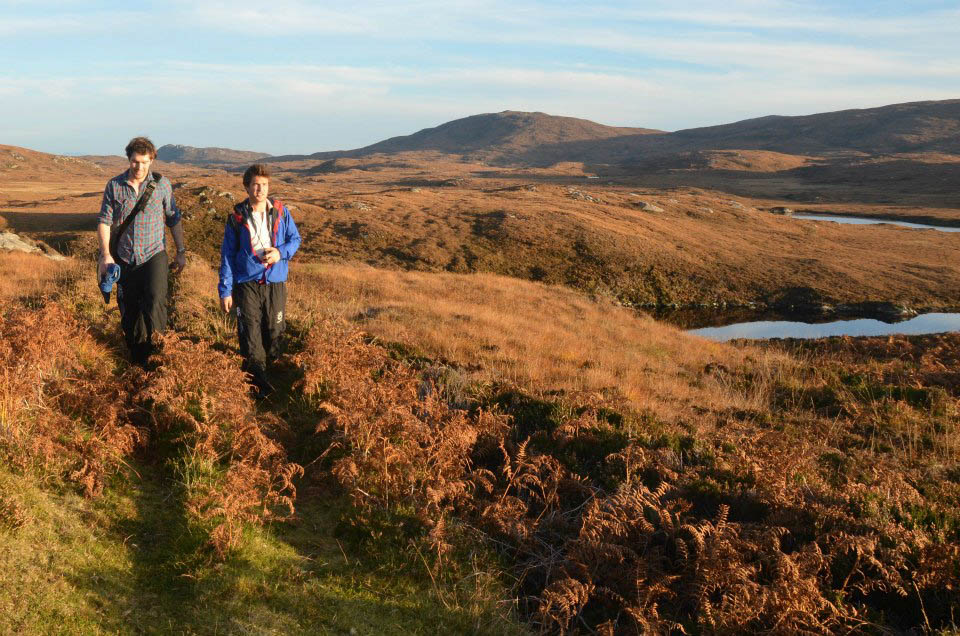 Scotland has very liberal access laws, allowing the public to enjoy discovering almost all corners of the country. You can walk just about anywhere, including across farmland, as long as the land, owners' privacy and property are respected. Be aware of other land users, too.

The Highlands is host to a number of country sports throughout the year, including shooting and fishing. If you are unsure about access, it is advisable to contact landowners where possible.

You might have heard of the infamous Scottish midges, tiny flies that appear suddenly in great numbers if the right situation arises. Fortunately, they are very picky about their appearances: they like areas near still water, prefer cloudy, damp weather, and when the wind is under 5 mph. They are also easily deterred by smoke, as well as repellents such as ‘Smidge’ or even ‘Avon Skin So Soft’, which you will find in shops in any area midges frequent.

Unfortunately, as Rabbie Burns once wrote, even the best-laid plans of mice and men often go awry. That is why we strongly recommend taking out Travel Insurance to cover all eventualities.

Phone service and strong Wi-Fi will be easy to access in any Scottish city. Most cafes and pubs will provide free Wi-Fi to their clients, so you should never be too far away from a connection. In more remote areas it can be a little trickier, and phone reception in Highland glens is notoriously patchy. You shouldn’t struggle too much to regain signal or find a Wi-Fi connection once you have reached a town or village, but make sure you make any urgent calls before you set off for a full day of discovering Scotland’s magnificent landscapes and varied nature.

In Scotland, like the UK, the power plugs and sockets are of type G, with three flat pins. This means that people travelling from abroad will most likely need an adaptor to plug in their appliances. Is Scotland on your Winter Wanderlist?