From the white sands of the Western Isles to the granite peaks of the Cairngorm Mountains, Scotland’s landscape is one of the most diverse in Europe and conceals a great number of breathtaking natural phenomena.

The Old Man of Hoy

The UK’s tallest sea stack sits apart from the cliffs of the island of Hoy in the Orkney archipelago to the north of the Scottish Mainland. Less than 100 ft (30 m) in diameter, it stands 449 ft (137 m) high, presenting an imposing sight from land or sea and a challenge to the few climbers adventurous enough to tackle it.

Located on the uninhabited Isle of Staffa, Fingal’s Cave is formed entirely from hexagonal columns of basalt rock. At 227 ft (69 m) in height, this cave would make a comfortable home for a giant such as Fingal, who is said to have feuded from here with his equally gigantic foe Fionn mac Cumhaill across the Giant’s Causeway in Northern Ireland.

The world’s third largest whirlpool sits in the Strait of Corryvreckan, a narrow channel between the islands of Jura and Scarba just off Scotland’s west coast. On turbulent days, the 30 ft waves of the whirlpool can be heard up to 10 miles away. The whirlpool is prominent in Scottish mythology, identified as the washplace of the Queen of Winter, the abode of fierce and deceitful kelpies, and the site of the Viking King Breacan’s death.

The Northern Lights, or Aurora Borealis, is one of the most magical natural sights the world has to offer. Scotland’s dark skies provide the perfect viewpoint, with nowhere better to see them from than Europe’s first dedicated Dark Sky Park in Galloway - 290 square miles of land scoring 21-23.6 out of 25 on the Sky Quality Metre scale.

With a name evoking the Isle of Skye’s long association with those mythical winged creatures, the Fairy Pools at Glenbrittle are a series of waterfalls and crystal-clear rock pools. Fed by the freshest springs from the nearby Cuillin Hills, this is a perfect place for an adventurous swimmer with a thick skin - though an encounter with its fairytale residents can’t be guaranteed. 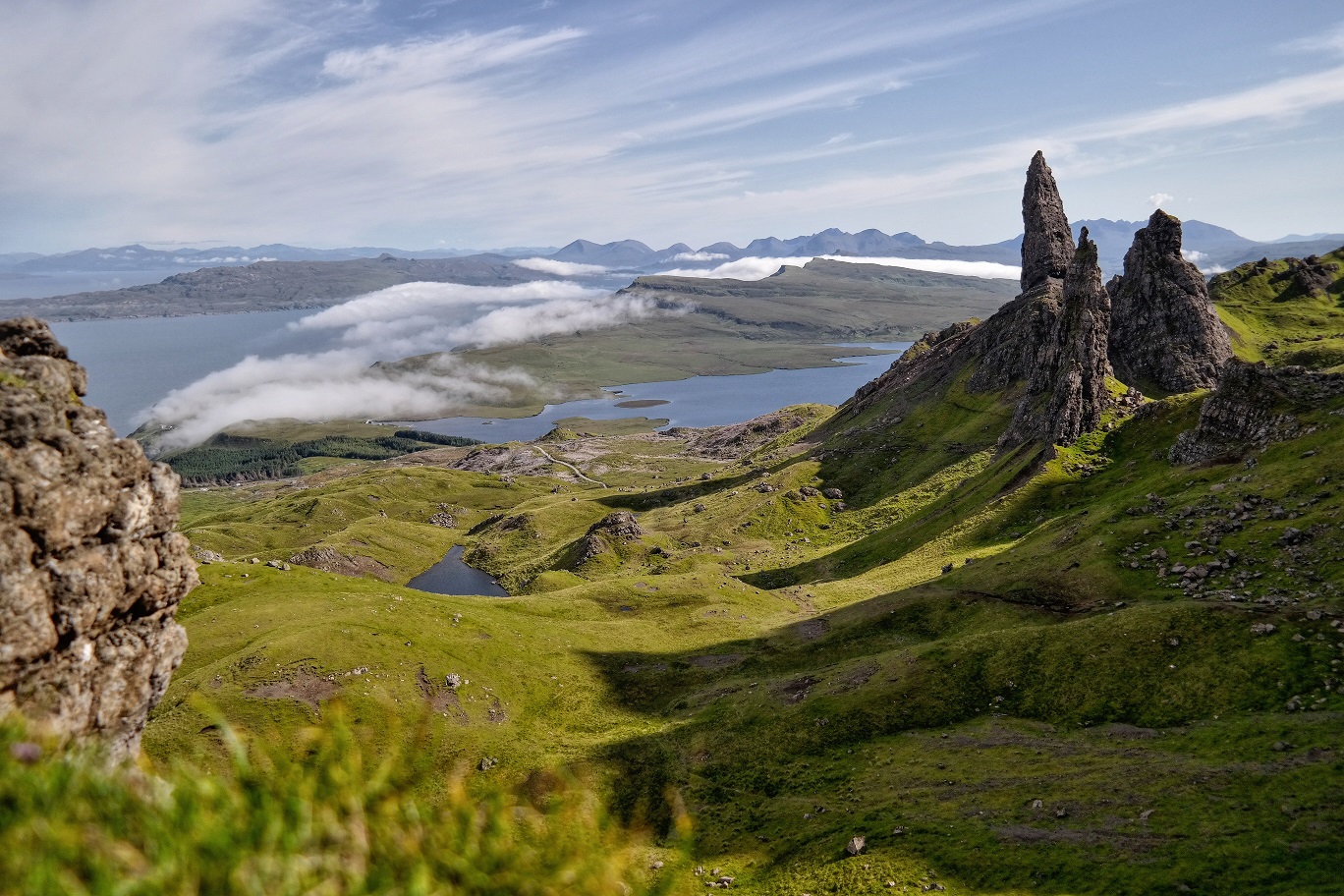