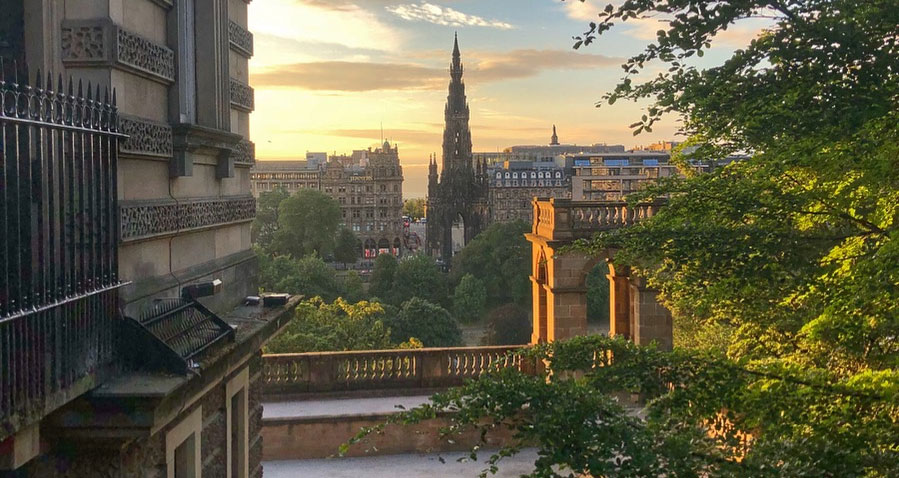 'Edinburgh,' said writer Robert Louis Stevenson, 'is what Paris ought to be'.

Scotland’s beautiful capital city, Edinburgh, is filled with thousands of years of history. Soaking in all that information can be difficult, so our experienced local driver-guide will cover all the iconic sites as well as some lesser-known haunts. Edinburgh offers something for everyone, from its rich historic legacy, iconic sights to the latest in modern architecture and design.

You might like to begin your sightseeing in the atmospheric Old Town at the iconic Edinburgh Castle, which dominates the city skyline and takes visitors to the heart of the story of the nation.

Edinburgh Castle
This most famous of Scottish castles has a complex building history. The oldest part, St Margaret's Chapel, dates from the 12th-century; The Great Hall was erected by James IV around 1510; the Half Moon Batteryby the Regent Morton in the late 16th century; and The Scottish National War Memorial after the First World War. The castle also houses the Honours (Crown Jewels) of Scotland, The Stone of Destiny, the famous 15th-century gun Mons Meg, the One O' Clock Gun and the National War Museum of Scotland.

The Old Town
Adjacent to the castle esplanade you may take a leisurely stroll on the cobbled Castlehill (the city’s oldest street) before discovering the narrow “closes” running rib-like off the backbone of the Royal Mile. Along the Royal Mile you will witness a number of Edinburgh’s famous attractions including St Giles Cathedral, John Knox’s House and eventually the modern architecture of the devolved Scottish Parliament building and the contrasting The Palace of Holyroodhouse, the official residence of the Royal Family when in Scotland. This fine baroque palace is also closely associated with Scotland’s rich history.

You may wish to stop before entering the Palace for a luxury picnic at the foot of Arthur’s Seat, Edinburgh famous ancient volcano. We will happily provide a luxury Scottish hamper to sample a hand-picked selection of local Scottish cuisine. *

The Palace of Holyroodhouse
At the Palace of Holyroodhouse, you can explore a variety of magnificent historic and state apartments, the romantic ruins of the 12th-century Holyrood Abbey and remarkable royal gardens. Best known as the home of Mary, Queen of Scots, the Palace was the setting for many dramatic episodes in her short reign including the brutal murder of her alleged lover –the blood stains can still be seen to this day.

The New Town
Following the Old Town comes the “new”, where you can visit the delights of the 18th-century New Town with its world-class examples of Georgian architecture. With its elegant terraces and broad streets, visitors are treated to a glimpse of how the privileged residents lived in the 18th-century at the exquisite Georgian House and where the Scottish National Portrait Gallery houses a magnificent collection of paintings of Scotland’s famous figures from history to the present day. (All External Viewings) Leith and The Royal Britannia From the New Town the drive can continue by Duddingston Loch, situated in Holyrood Park, which is beautifully tranquil all year round into the medieval Port of Leith where the former Royal Yacht Britannia is now moored. The Britannia Experience gives an insight into what life was like on board this famous ship for the Royal Family and their guests.

* Please let us know in advance if you would like a luxury hamper and if you have any dietary requirements for us to consider. 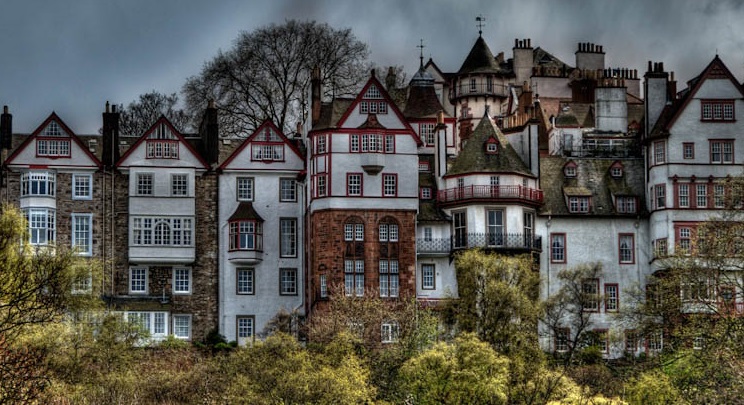 The Kingdom of Fife